We are in election year now, so long before the voting booths open on Thursday 7th May 2015, let's take a look at the economic policies of some of the participating parties. 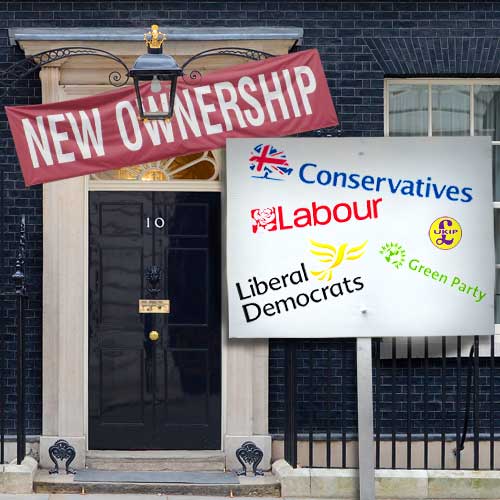 Under the fixed-term parliaments act, which was proposed by the Labour government in 2010 and made part of law in 2011, elections must be held every five years.

The country has 650 seats up for grabs - each for a constituency. An MP takes a seat because he/she has won most of the votes within that constituency/part of the country. The political party with the total number of MP's elected and with the majority of seats (over 50% or a minimum of 326 seats) wins the election. Total votes won't make a difference as the individual seats gained are the important number to look for. In a situation such as in the 2010 election, where both of the leading parties had less than 326 seats, you can expect either a hung parliament or another coalition of two (or more) parties.

The current Conservative-Liberal Democrat coalition government has now been in power since 2010. Since then the country has six-parties (..that hold significant prior vote share..) to choose from when deciding where to place their vote. We will look past what has been achieved thus far and focus primarily on quotes and publications by each of these parties related to their economic outlook and, in particular, taxation.

So, as it's early in the year each of the political parties are yet to produce their finalised and 'costed' manifestos. It won't be possible to directly compare the policies of each party until that point. However, we do have the following information available but as time goes on all will be likely to change.