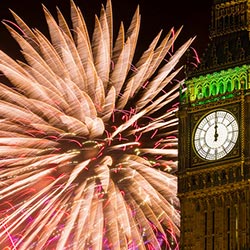 For practically everyone across the world, last year was a deeply unsettling time - whether physically, emotionally, financially or a horrendous combination. As the year came to an end many hoped that the dawn of 2021, a fresh new year, would lead to brighter events and glimmers of hope on the horizon.

We begin the year having finalised the exit from the European Union, with a deal agreed right at the eleventh hour. This takes away some of the uncertainty individuals and businesses were expecting in a 'no deal' scenario, but the transition to new rules itself involves much new paperwork and familiarisation.

January 31st sees the tax return filing deadline, with people required to report income/expenses from the period April 2019 to April 2020. There were calls to extend the deadline but HMRC stood firm, even as far as applying automatic penalty fines on late tax return submissions. HMRC have however extended the appeal period from 30 days to 90 days where a late filing penalty has been applied. Appeals where there is a good excuse will see penalties cancelled.

The government has been providing self-employed people with a safety net, as long as they meet the SEISS scheme caveats. The third instalment of the grant scheme opened for claims at the end of November - with the deadline for claims being midnight January 29th.

After numerous delays to the Budget and Spring Statement, the 2021 Budget will now take place on Wednesday March 3rd. There are many theories on what will take place, depending upon whether the country is still fighting off the pandemic or not, and how the Chancellor, Rishi Sunak, will try to refill the depleted Treasury or provide further support. We've heard theories from wealth taxes, to a combined raid on income taxes.

April should see to major support schemes come to an end, the Furlough Scheme was extended to the end of April 2021 and the fourth instalment of SEISS (covering February to April 2021) seems to be the last one.

There are many other changes in tax administration and regulation but this was just a quick round-up of the headline items. The first major event for any tax changes will be in the Spring with the Budget - and we hope there is good news then and throughout the year.