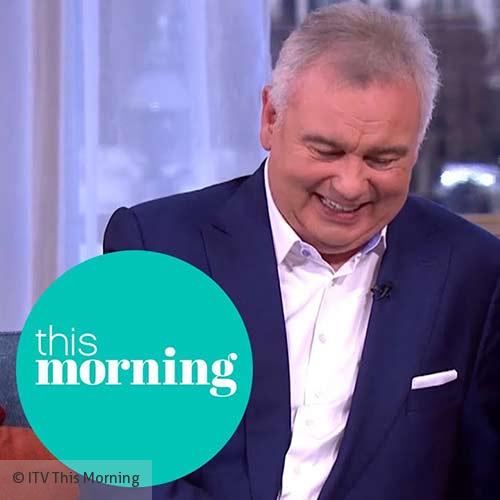 IR35 legislation designed to make sure those declaring self-employed status for taxes, but deemed to be working in similar fashion to an employee, pay the correct amount of taxes.

The Taxman is seeking up to £250,000 is underpaid taxes from Eamonn Holmes that he would have benefited from due to having is income from his 'freelance' work paid to his Personal Service Company. Holmes in understood to have already paid other backtaxes as part of the case.

A personal service company allows payments for services carried out by a contractor to be paid to their Limited Company. The contractor can then withdraw income from the Limited Company in the most tax-efficient way possible, typically by claiming expenses, tax reliefs and then taking income as a salary/dividend mixture. In addition, the engaging company making the payments to the PSC can avoid paying Employers' National Insurance contributions.

In 2018 the government started their crackdown on people who used these kinds of companies but were, as they deemed, really employees. HMRC at the time stated that 9 out of 10 of these scenarios were disguised employments and that they would begin proceedings to recover taxes that run into hundreds of millions per year of revenue.

There are over a million personal service companies in the UK, which are used by contractors in various fields of work. Media is one sector that receives a lot of press attention due to the high profile individuals that the crackdowns single out.

In previous years a number of BBC presenters lost their tax cases at tribunal stages and were ordered to pay outstanding taxes of over a quarter of a million pounds each. This included presenters, Joanna Gosling, Tim Wilcox and David Eades. The back taxes would have covered the gap between the tax saved by being self-employed and not paying employee level taxes (PAYE,NIC,Employer NIC).

One high profile TV personality who managed to fight back and win her case was Lorraine Kelly. Kelly had been ordered to repay £1.2 million of unpaid taxes but at first-tier tribunal had the Judge declare her as self-employed based on evidence that she was freelance and did not enjoy the benefits of regular employment from the work she carried out, thus satisfying HMRC's Tests for Self-Employment.

Eamonn Holmes said he was a freelancer for 28 years and has only now been caught foul of the rules. He would have avoided paying the top rates of income tax and employers' national insurance. You can illustrate the differences, and how much tax is likely to be sought in any ruling, by using our IR35 calculator.