No more Autumn Budget, but a Winter Economy Plan is to be set out from 11:45am today. 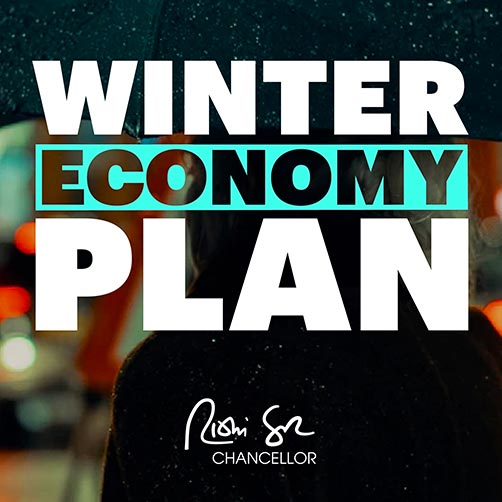 We have previously speculated on what the Budget this Autumn would contain - going as far as predicting Budget tax increases.

It has now been announced that due to the need to focus on emergency measures required for the pandemic, the Autumn Budget will be scrapped. The Treasury states that long-term plans cannot be outlined right now.

Tough issues such as controlling the pandemic whilst keeping people in employment and supporting the economy are top of the pile and will mean other issues normally addressed in a Budget will be deferred to next year.

The main focus in the short term is dealing with employment once furlough support ends at the end of this October.

Chancellor Rishi Sunak is set to announce a 'Winter Economy Plan' at 11:45am (Thursday Sept 24th 2020). PMQ's reiterated to Prime Minister Boris Johnson that unless intervention was made there would be masses of redundancies following the new restrictions on the country in the face of rising virus cases. Sunak's plan will address this.

5 million jobs are currently still under furlough assistance. Sunak could extend the current furlough another six months, this is at the sixty percent government assistance rate, and at current usage this would cost the Treasury another £3 billion.

The Chancellor has used initiatives such as VAT cuts, loans, grants, furlough and incentives so far. There is already support for the hardest hit hospitality sector with a VAT cut to 5 percent, this could possibly be extended to other sectors. Bonuses for firms retaining employees are already available.

The frontrunner for replacing furlough is to follow the German model called 'Kurzarbeit'. It allows employers to keep employees in work but at reduced, staggered, hours. The employer pays only for the hours worked, but the government makes up the difference for the employee so they receive their regular wage. In Germany the scheme once started can be run for up to twenty-one months and up to eighty percent of pay covered.

The French have a similar scheme that can be run for up to three years allowing working hours to be cut by a maximum of forty percent.

The CBI, Confederation of British Industry, outlined a scheme where an employee's hours are cut to a maximum of fifty percent of normal and paid by the employer. The employee's lost hours still paid, but only two thirds and the cost split between the government and employer.

The TUC, Trade Union Congress, expands on the CBI's scheme suggesting guaranteed pay of eighty to one hundred percent. They also advise allowing hours to be cut to more than fifty percent if required.

With the track and trace app from the NHS now available across the UK, these types of schemes would be appropriate where people find they have to isolate.

We will cover more on the Chancellor's plans later today.