The country remains on unprecedented lockdown as the new 2020/2021 tax year begins, with many changes for the short-term. 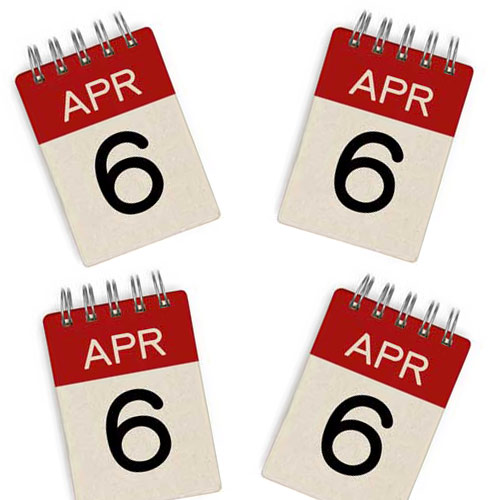 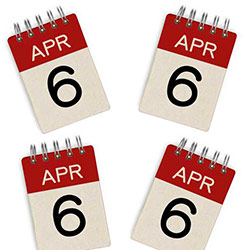 The last month or so in the UK could not have been predicted last year when the 2019 tax year began - yet we ended the 2019 tax year with a country in quarantine, locked down with measures for social distancing and isolation in force as the entire world attempts to contain the growth of the COVID-19 pandemic.

Regardless the 2020 tax year begins today - from April 6th 2020 to April 5th 2021. In last month's 2020 Budget there were not many tax changes announced for this April, with even the personal allowance being frozen from 2019. The initial national insurance threshold being raised to £9,500 from £8,632 (thus lowering the NIC bill a tad) was the headline tax change in the Budget for rUK while in Scotland there is some shuffling of the tax bands, check the 2020 tax rates and allowances for a full look. To see important dates in 2020 we've updated the payroll tax calendar for 2020 too.

The measures introduced for controlling the viral outbreak have led to the economy of the country more or less being put on pause, aside from essential services, and thus has led to the Chancellor providing a number of mini-Budgets over the course of the last couple of weeks. Each provided more drips of financial reassurance for the public, starting with offers of payment holidays from business rates, sick pay rebates, and attractive loans and grants for businesses in distress - through to mortgage holidays and ultimately leading to propping up individual incomes directly.

Employed people in the UK are now allowed to be 'furloughed' by employers who would otherwise struggle to pay wages and end up making them redundant. The newly promoted Chancellor Rishi Sunak guaranteed an 80 percent PAYE rebate (capped to £2,500) for these employers' furloughed staff costs. The employee would have a gross income worth up to 80 percent (or £2.5k, whichever is lower) of their regular gross income - employees would still pay payroll PAYE tax on this new 80 percent amount.

Following on the help for the PAYE employees, and after an outcry from the nearly 5 million self employed people, a similar scheme was introduced called the Self Employed Income Support Scheme. This works in a similar way with similar caps - but is paid directly to self employed people. The amount is based off of averages of the last three years (or whatever data is available) of tax returns - the profit before tax figure. Due to administrative hurdles the self employed will receive 3 months worth directly in June 2021. These amounts too will be taxable, but via self assessment (a bill due in 2022). Some people took the opportunity to voice opinions that the self employed pay less tax than employees, which is not true by any significant measure when all is considered. However, the Chancellor appears to be siding with their argument and declared quietly in his mini-Budgets that a alignment of NICs for employed and self employed would be incoming at some point.

The self employed also have an option to not pay their July 2020 payment on account without being subject to penalties, fines and interest charges.

We have updated all of our calculators and tools for the new 2020 tax year, as well as our iOS and Android apps. We have also produced a number of tools over the last few weeks to help with making sense of a lot of the temporary measures introduced due to the country's isolation.

We hope you are staying safe and we too look forward to hearing good news from across the world.