Student Loans : What are they and How Much is the Government Owed

Student Loans : What are they and How Much is the Government Owed

The Government is selling off the student loan book. We look into the current situation. 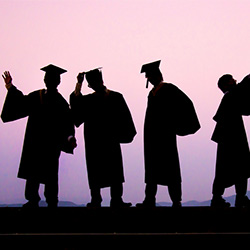 There are three types of student loan. In 1990 the first student loans were introduced for higher education. These were loans like other finance loans in that they had fixed repayment terms. This system was overhauled in September 1998 with income-contingent loans. These 'Plan One' loans would be linked to the borrowers' income and went from only maintenance loans, being taken out to help with living costs, to including tuition fees from 2006.

In September 2012, the 'Plan Two' loans were introduced in another change to the loan system. These were also income-contingent but had difference many key differences, see below.

The estimate is that by 2049 £473 billion will remain outstanding. Estimates set only 55-60 percent of loans (all loan types) will be repaid in entirety.

In 2013 the government laid out plans to start a program of selling of portions of the student loan book, for loans issued pre-2012. The book was estimated to be worth £43 billion in total and the government is hoping to sell a portion to private investors by 2022 to raise £12 billion. The portions to be sold includes loans that started receiving repayments between 2002 and 2006.

In December 2017 the first sale was made. 410,000 student loans were sold for £1.7 billion to private investors. There were 1.2 million individual loans in total and they first started receiving repayments between 2002 and 2006 and would be worth £3.5 billion is repaid up to 2052. The sale comes out 48 pence in the pound which is higher than if the government had kept the loans considering the loans had a 65-70 percent repayment rate.

Student loans that are sold are purely on the asset value and administration, collection and setting of rates will continue as pre-sale, by the government. The Student Loan Company are still responsible for the collection of repayments.

The second sale was completed in December 2018. Around 370,000 plan one student loans, 1.3 million loans individual loans, that first started receiving repayments between 2007 and 2009 were sold. Total proceeds of the sale were £1.9 billion.

The two sales highlighted the following characteristics of student loans: