24 million people will receive their statement between November and mid-December 2014 detailing how their tax is spent. 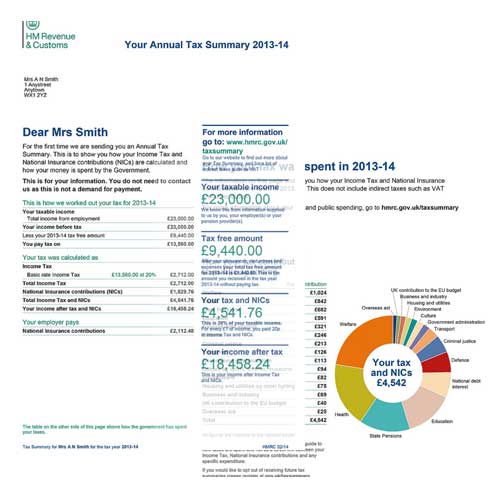 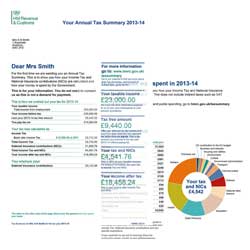 The Chancellor announced the move at the 2012 Budget for 20 million people, but this was revised to include more complicated cases and an additional 4 million cases included. The remaining 6 million taxpayers are able to use online tax calculators to get an overview of their more complicated tax and income circumstances.

Although earmarked for an October launch, calculation errors with statements sent out in small batches in September led to a slight delay.

Between 3 November 2014 and the end of the year, 24 million people will get their first 'Annual Tax Summary'. The summary statement details the amount of tax paid by the individual taxpayer for the 2013-2014 tax year and how the Government spent or plans to spend it.

Over the next seven weeks 16 million PAYE taxpayers who already have received an updated coding notice for the previous tax year will receive an annual summary in the post.

8 million self employed people will be able to access their summary online via the same portal used to submit their Self Assessment Tax Returns.