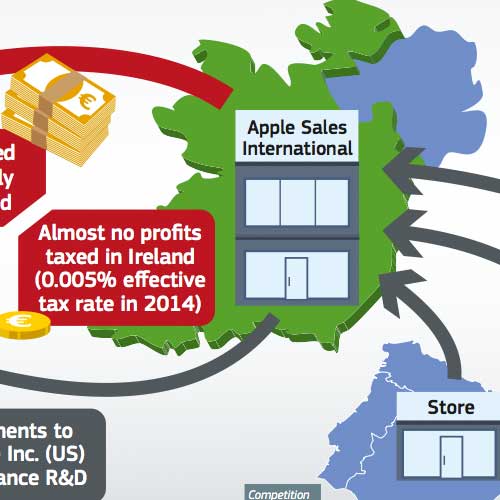 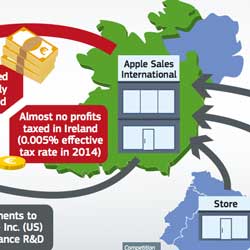 Shares in Apple have already taken a 1.6 percent slump after news emerged of the European Commission's ruling following conclusion of its investigation of Apple's tax affairs over the last two years.

The commission has ordered Ireland to begin recovery from Apple of unpaid taxes spanning 2003 to 2014, plus interest where over €13 billion in tax on profits has been avoided. The profits are from products sold across the entire EU single market - as all products sold in the EU are recorded as sales in an Irish 'office'.

Two companies registered in Ireland, Apple Sales International and Apple Operations Europe had all sales profits linked to a 'paper' head office. The head office in turn was not subject to any tax law.

The €13 billion to be recovered by Ireland may be reduced if other EU member states can allocate specific profits relative to products sold within them and recover separately - however the total to be recovered will remain the same.

The structure can be seen below (click image to enlarge): 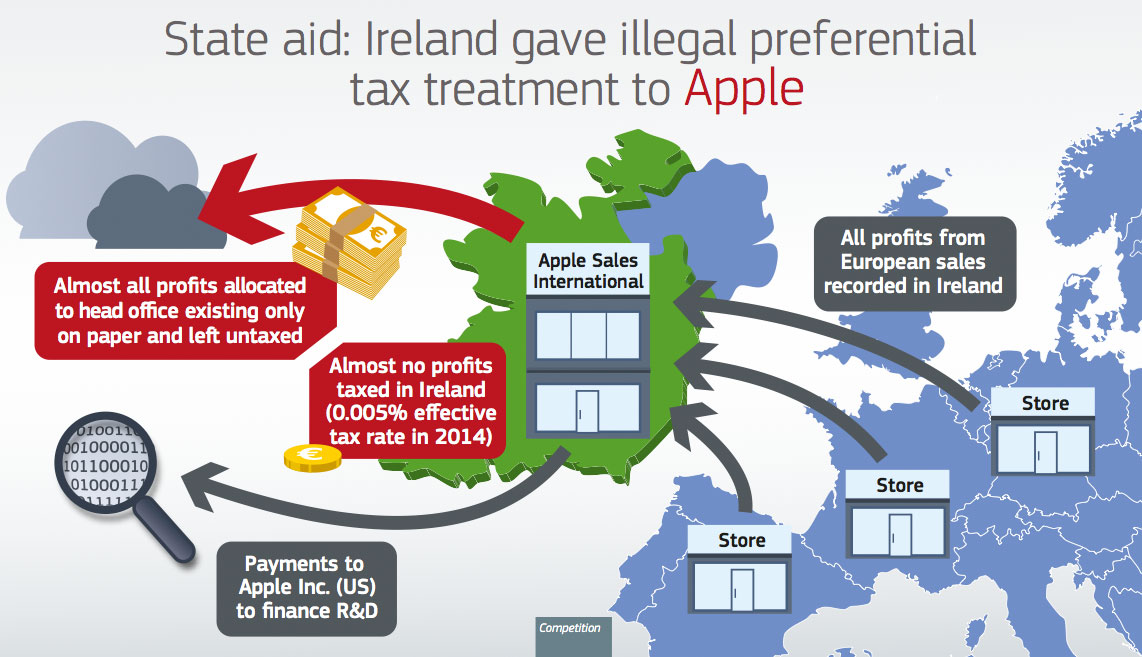 It has been deemed as 'Illegal State Aid', where an EU member state has allowed a company to have tax benefits allowing them to pay a significantly lower rate of tax than other companies. The corporate tax rate effectively was 0.005 percent in 2014 and 1 percent in 2003.

Ireland has provided Apple with beneficial tax treatment since 1991. Steve Jobs first opened offices there in 1980, with now 6,000 people employed in Cork and a further 1,000 to join a facility in Holyhill, also in Cork.

Michael Noonan, Irish finance minister, has already stated that the ruling will be appealed once cabinet approval is granted.

If Ireland recovers the unpaid taxes it will be equivalent to a year's worth of the entire health budget - but under EU rules must be used to repay the country's national debt.