Big changes for the new 2013/2014 tax year, which starts today. Will it bring you happiness? 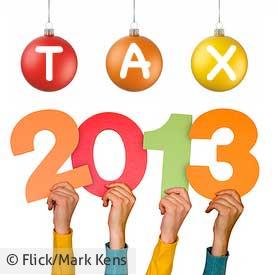 As announced in the budget last month, the biggest change for many will be the increase in the basic tax free personal allowance of £1,335 - which at the basic tax rate of 20 percent would be worth £267 per year in saved tax.

The increase to £9,440 from £8,105 would bring nearly 2 million people completely out of paying income tax, but those earning above £7,748 (£5,725 self employed) will still have to pay National Insurance Contributions - so not completely out of taxation then.

The Government is committed to aligning Income Tax and National Insurance, so hopefully with the target £10,000 personal tax free allowance from 2014, National Insurance starting bands will be the same level - really bringing people out of taxation at the lower end.

The reason, at the top end of the pay bracket, people earning over £150,000 will see their maximum tax rate drop from 50 percent to 45 percent.

The so called granny tax is effective with the normally higher personal allowances for people over 65 now frozen to last year's levels. With allowances now being date of birth based, rather than age, so phasing out the higher allowances.

What about other taxes?