Reminders start going to people earning over £60,000 to opt out of Child Benefit before new tax year. 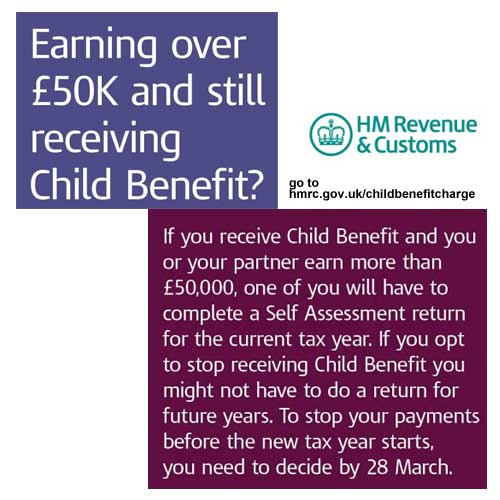 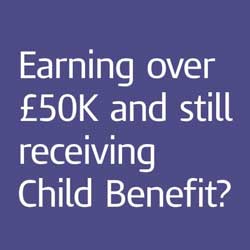 With the introduction of the High Income Child Benefit Charge since January 2013, anyone with an income above £50,000, whose family is claiming child benefit must pay up to 100 percent of their Child Benefit back to HMRC.

The process involves having to register for Self Assessment and declaring income details for the charge to be calculated.

This means their benefit will stop but as the charge is equivalent to the entire benefit amount, the extra administrative burden is removed.