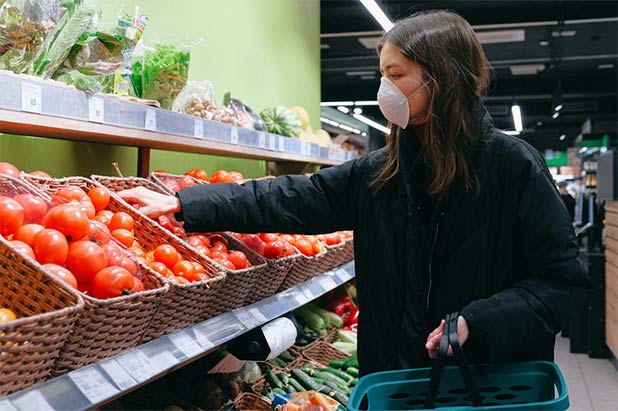 Use the calculator below to see how tax policy could change to recoup and pay off the government's pandemic response overdraft.

Self employed people could be hit harder, with someone earning £25,000 a year paying an additional £49 a month in taxes due to the combined effects of raised income tax rates and national insurance rates. You can see the effects of just NIC changes by using our employed and self employed tax difference calculator.

Over two million people across the world have been infected by COVID-19 with hundreds of thousands of people sadly succumbing to the disease (over 160,000 deaths worldwide and over 15,400 fatalities in the UK alone, as of today). The global effort to prevent wide-scale catastrophe is focused on containment of the disease. The main reasons are to hold the spread back as long as possible in order to keep medical services and infrastructure available and able to effectively respond. It has therefore been a policy of governments across the world to impose some kind of 'lockdown', a policy that will remain either fully or partially until the peak of spread has been reached and it is on the decline, or earlier if a vaccine is discovered, successfully tested and can be made generally available. Until then, the lockdowns are to remain and are having significant effects on economies across the globe.

Stock markets in the UK have been falling since news from China first emerged around the turn of the new year and have been in free-fall since the lockdown, with up to a third wiped off the FTSE - the effects of which can and will be seen across pensions, investments and savings. Savings having the added hit of a slash to the base interest rate.

The UK's GDP is predicted to fall by around a third over the course of the next few months and what happens could go either way, with some talking of recovery and others, such as the IMF, talking a prolonged depression. The OBR forecasts a huge rebound at the end of the year - effectively restoring GDP by December. These estimates are based on a lockdown until the start of June (3 total months) and then a further three months with a partial lockdown. Businesses have entered distressed phases as early as March, even with government assurances on loans and grants.

Over half of families below median income levels are thought to have zero savings, according to data from two years ago. A third of households are using their savings to bridge the gap between any income and expenditure.

Three quarters of the UK are affected by reduced income though this crisis, with a quarter having issues paying bills. Government support extended to individuals includes furlough support for employees and the SEISS, self employment income support scheme. These schemes provide taxable grants to individuals (either through an employer or directly) covering up to eighty percent of income (capped at £2,500) per month. Even with these measures in place, unemployment is forecast to rise by 10 percent to over two million unemployed in the UK. Universal credit new claims are already up by 1.4 million people now.

Individual sectors across the UK seem to be impacted to varying degrees, with only the food, drinks and drugs sectors experiencing growth - based on VISA's spending data comparing year-on-year data. The hospitality and clothing sectors have taken the biggest hits with retail, restaurants, pubs, bars and hotels seeing massive contractions.

Jobs available to apply for are down by over 40 percent year-on-year, with fresh new jobs being posted down over 70 percent compared to this time last year. In addition, schools remain closed and thus an added factor on those who can be made available for work.

The effect of unprecedented government spending in this time of crisis can been seen in the government's deficit. Rising to over £273 billion (14% of GDP). National debt too is practically at one hundred percent.

There are proposals for the payback for all the costs to be fairly spread through society once this is over. Chancellor Rishi Sunak has already stated that the handouts would have to be 'paid back', not directly, but through changes to the tax system. He was more specific when the SEISS was announced, stating that an alignment of national insurance contributions for employed and self employed people was coming.

The tax rises and spending slashes will focus on those of working age. Some think-tanks propose removing the triple-lock on pensions. The triple-lock raised pensions annually by either 2.5 percent, the rate of inflation or wage growth - but choose whichever one was the highest. This could be replaced with a wage-linked inflation so pensions are increased at the same rate as wages, and therefore put an end to the faster than wages rise in pensions since 2011 - saving the government money. This could add £20 billion to the treasury balance and reduce the need to recoup that amount at least through other fiscal measures.

More direct taxation grabs, which could be implemented alongside spending cuts, could be increases in tax rates, including the rise of self employed national insurance, and a freezing of all thresholds/bands/allowances.

Our calculator looks at the pure income tax related changes that could occur - however, the Government is planning changes that could reach not only income tax but VAT and corporation tax. VAT was already increased from 17.5 to 20 percent back in 2011. A surcharge for NHS services could also be introduced. Taxes such as those on sugar and plastics could be expanded under a new 'green tax' category. A pay-freeze on public sector salaries could also be applied.

The increase to the budget deficit this year is forecast to be in the range of £300 billion (in the March budget it was forecast to be around £55 billion for 2020). However, if the recovery of the economy is slow and consequently tax revenue falls more than expected, the deficit would rise to over half a trillion pounds and to over a trillion pounds within five years.

The Chancellor has some tough choices to make regarding cutbacks and tax increase.

Changes won't be announced until a full Budget and only then put into force from April 2021 and the following tax years.

Salary Inflation Calculator - Is Inflation Taking The Wind Out Of Your Pay?602 views