Leadership hopeful Liz Truss has outlined her plans to cut taxes. Use our calculator to see what this means for you. 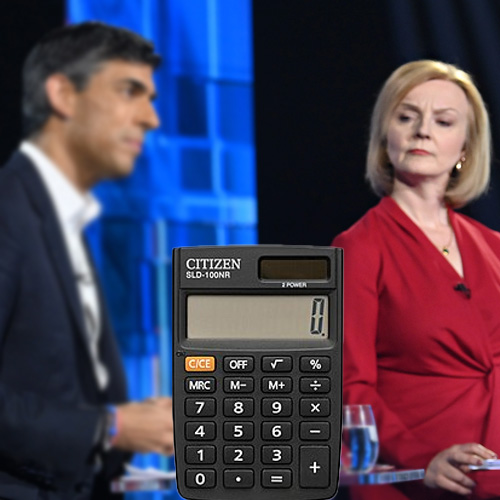 In a bid to become next Prime Minister of the UK, Liz Truss put forward a £30 billion package of tax cuts, whereas Sunak has already outlaid his plans in his previous run as Chancellor where he ruled out any cuts in the near term - citing it would be irresponsible.

On the personal tax front she proposes to immediately reverse her adversary Rishi Sunak's NIC tax hike. She also wants to:

It is assumed she plans to keep Sunak's personal allowance and thresholds freeze as planned until 2026 as well as the cut to basic rate tax to 19p planned from 2024.

Use this calculator to see how the Liz Truss plans effect your take home pay.

Addtionally, businesses have been promised that the proposed jump in corporation tax next year to 25 percent will be cancelled. It would have affected many companies with profits above the small profits limit (£250k) - those below would remain on the previous 19 percent.

To help with the cost of living crisis where gas and electric bills are skyrocketing through price cap rises, Liz Truss proposes removing the green levies on bills as a temporary measure to bring bills down. On average this would reduce the typical bill by around £150 a year.

The plans sounds good at first glance and certainly makes headlines but unfortunately have been receiving widespread criticism from breaking fiscal rules on spending, to a possibly fuelling a further massive rise in inflation. The latter point could push base interest rates to a peak of 7 percent.

Truss has fired back stating inflationary pressures are through supply issues and higher taxes and she hopes to alleviate both.