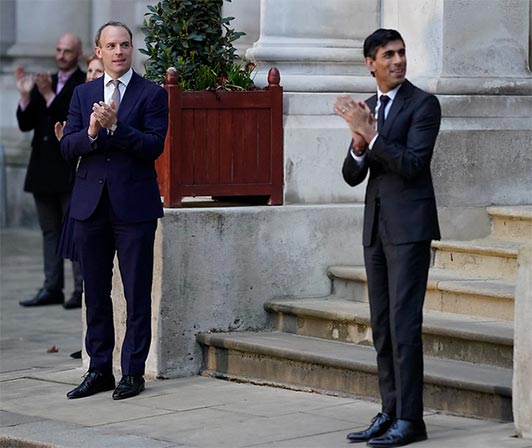 UK economic growth is slowing down more so than any other major economy.

The OECD has updated forecasts, which show a slowing down over the course of 2022 and then stagnation in 2023.

In response they have recommended the Chancellor Rishi Sunak consider providing further stimulus to encourage the economy to grow before the figures worsen.

Options to either cut taxes or pump money into the economy by loosening the Treasury's purse strings have been tabled.

Sunak has already promised to cut the basic rate of income tax to 19 percent from April 2024. This is on top of other changes announced through two packages to combat the cost of living crisis.

It is expected that during this Autumn's UK Budget he will announce tax cuts as well as incentives for businesses to encourage further investment.

Over the last couple of years the combinations of leaving Europe, pandemic support packages and now the conflict in Eastern Europe have dealt quite a blow to the country's growth aspirations.

Fighting inflation, which has been steeply climbing since January 2021, via raising of base rates, is expected to contribute to the slow down in growth. Inflation is still expected to hit double digits.

However, energy prices and fuel, and the knock-on effect on food prices - is exacerbating that issue.