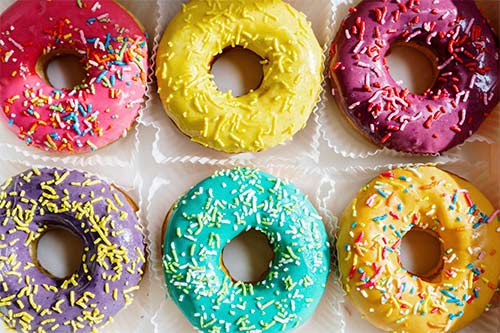 An independent report carried out by 'England's National Food Strategy' has proposed a new sugar and salt tax to raise revenue to increase food standards and create better diets in the country.

The report led by businessman Henry Dimbleby and with contributions from an extensive advisory panel wants a £3 per kilogram tax on sugar and £6 per kilogram tax on sold which is sold for use in food processing, restaurants and catering. The higher rate for salt is because less salt is used per product compared to sugar but the detrimental effects are still well evidenced.

The theory behind the new tax is the increased costs of food production will lead to producers changing recipes to those of lower sugar and salt. If the producer cannot reduce the ingredients, then the cost of production will increase and the increased final retail price will reduce sales. Both outcomes achieve the goal of the report.

Sugar is classed as anything used for sweetening (inc. syrups and fruit extracts) but not raw fruit. The tax rate is equivalent to the current soft drinks levy. The report also states that consumer ingredients purchased on the high street would not be liable to the tax.

The tax would not be introduced until the 2024 finance bill, allowing manufacturers three years to adapt to the legislation's proposed changes.

At the moment it advised that sugar intake be capped to 30 grams for adults. However, on average 50 grams is consumed daily by adults and teenagers consume 55 grams. Similarly, salt consumption is on average 8.4 grams per adult per day, whereas recommendations cap at 6 grams. So a 40 percent over consumption.

The cost of sugar and salt in diets to the nation's health is well researched with general poor health, obesity and diseases including diabetes, heart disease and stroke attributed to increasing levels of consumption. Tooth decay of children up to the age of 10 years old is due to sugar intake.

In similar attempts to reduce salt intake overseas, for example in Japan, a cap to 4 grams per day of salt led to an 80 percent reduction in stroke-related deaths (salt is linked to high blood pressure).

Money raised from the new taxes would directly go into schemes to raise diet standards and fund increased free school meals and provision of better diets for those on lower incomes. The sugar tax would raise around £2.8 billion per year and the salt tax would raise around £630 million per year. Poor diet costs the economy nearly £75 billion and directly contributes to nearly 65,000 deaths per year.

The proposals at this stage are just by an independent report, however the recommendations are to reviewed and commented on by the government within six months.

Food industry players have already responded that the new taxes will increase food prices - so you can assume that recipes will not on average be changed. For example increases of, 87 pence on a box of Kellogg's Frosties cereal, or 9 pence on a Mars Bar. However, the soft drink sugar levy which was similar but targeted at a particular product did lead to reformulation of products by manufacturers in 2018. Sugar content in soft drinks reduced by a third.