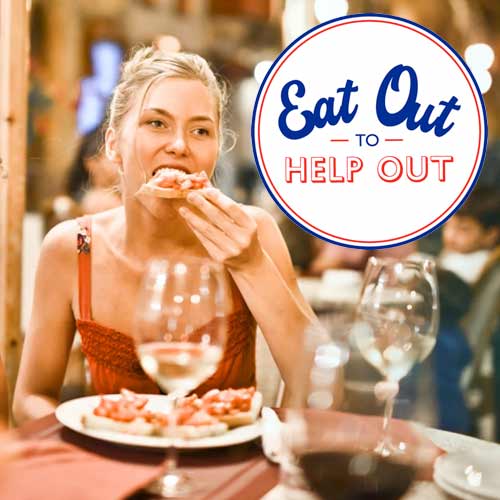 We previously wrote about how 64 million meals were claimed in the statistics for the first three weeks of Eat Out To Help Out.

Now that the scheme has come to an end, full statistics for the month of August can be revealed.

Eat Out To Help Out ran from August 3rd to August 31st 2020. It was available on Mondays, Tuesdays and Wednesdays only and provided diners eating in at participating food establishments with a 50 percent discount off their individual bills. The discount was limited to a max of £10 off but could in theory be used multiple times during the day.

Latest figures published today show 100 million meals in total were claimed by midnight August 31st. This is an increase of 36 million meals on the last data release, which was for the first three weeks.

We say costs and claims so far as participating businesses have another 4 weeks (until the end of September) to make their claims for the discounts they have provided. You can use our Eat Out To Help Out Calculator to help with the figures!

The scheme was budgeted to cost around £500 million when it was announced in the July Summer Statement.

The intended plan for the scheme was to help the worst hit sector from the pandemic restrictions - hospitality. The Chancellor has stated the scheme was a success with bookings at restaurants up 53 percent on the discounts days compared to 2019.

Additionally some early signs of consumer confidence could be inferred from a 2 percent increase in restaurant bookings on September 1st (compared to 2019).

There is still the £4 billion VAT cut on hospitality businesses to save consumers money until January 12th 2021. A cut to 5% VAT providing a saving of £1.25 for every £10 spent normally.