Wednesday sees a mini-Budget to reveal government plans for a pandemic recovery. 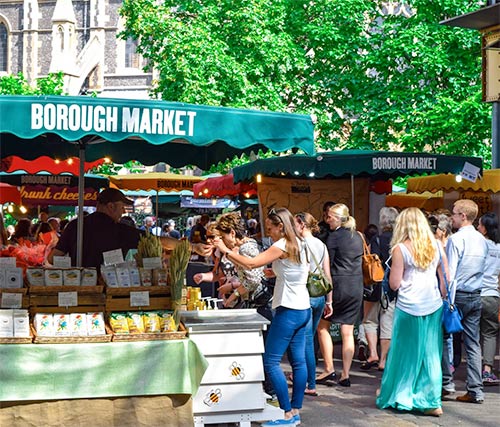 A Budget focused on spending plans in order to help stimulate the economy post-pandemic is being finalised for delivery by Chancellor Rishi Sunak this week on Wednesday (July 8th).

From shoring up the retail, hospitality and leisure industries, saving theatres, through to plans to make sure those people currently furloughed have a job to return to, there are millions of jobs to save and an economy to lift out of recession.

Large amounts of money will be allocated to countrywide infrastructure development as well as cash allocated for bringing up tech firms in the UK. Firms that the government says are able to deliver long-term prosperity for the UK with employment provided over the next decade will be able to benefit from government funding.

Early leaks of such schemes include one thought to be starting in September, with cash paid directly to companies who hire trainees aged 16 to 24. A £1,000 bonus will be given to a firm (limited to 10 bonuses per company) to create trainee-ships. People in this age bracket who normally work in hospitality and leisure have been greatly affected.

A scheme similar to furlough but at a far lower percentage could be in the works to subsidise wage costs for companies taking on new staff or retaining staff on condition of the subsidy. We theorised back in March with a calculator freezing employee taxes for employers. The calculator shows a person earning £26,000 a year costs a business £2,375 in employers NIC costs. The government could choose to freeze these costs under the same implementation as employers' allowances.

Another scheme is a £1.6 billion fund for the arts to help theatres and concert venues who remain closed and likely to remain so until Summer 2021. The crisis has hit this sector particularly hard with even the Royal Albert Hall on the brink of bankruptcy.

Sunak is considering providing adults with £500 vouchers (and children £250) to spend in the worst hit economic sectors, including retail. It's a scheme already successfully put to use in China to lift the economy.

A temporary cut to VAT to 17 percent (3 percent cut) would cost the Treasury £21 billion but could boost retail sales. In the last recession, a 2.5 percent VAT cut increased retail sales by 1 percent.

A unconfirmed scheme in the works is to raise the threshold for paying stamp duty to £500,000, from the current £125,000. This would be a temporary change but would mean no stamp duty to pay on property purchases up to £500,000. The move expected to be in the Autumn is being fleshed out on prospects on stimulating the property market. If the leaked plans are true, they would need to be implemented immediately as any delay would cause the market to freeze awaiting the stamp duty change.

Similar to a pre-Budget report that was up until recent years a normal parliament event, this Budget will not detail things like tax changes (which are expected) that will be announced in the full Autumn Budget. We expect the spending to result in tax hikes, contrary to the Conservative manifesto and election pledges, but considering the unprecedented situation the country is in (along with most of the world) including a massive GDP plunge and recession, eventual tax increases should not come as a shock.

Sunak may use the opportunity of the mini-Budget to announce that tax rises would be incoming without detailing the exact changes. We created predictions based on 1 pence tax increases in all tax bands in our pandemic tax increase calculator, where you can see an average £26,000 per year salary would pay an additional £135 a year in tax.

Unfortunately self-employed people under the same scenario could end up paying an extra £630 a year if the chancellor aligns NIC rates - as they would be hit with the 1 percent tax increase and 3 percent NIC increase over today's rates.

We will update here on Wednesday once the firm announcements have been made.