HMRC recently released full income tax receipt statistics for the ten year period from 2007/2008 to 2018/2019. After adjustments for repayments, the last ten years has seen a £40 billion increase in income tax net revenue.

Ten years ago, in 2008, the Treasury received a total of £153 billion from income taxes. This is made up of £137 billion from PAYE and £22.5 billion from Self Assessment.

PAYE is the tax collection system that automatically deducts the relevant tax and national insurance at each pay period. This can be applied to both earned income from employment, or income from pension schemes. Self Assessment is the annual tax return required for some people with specific circumstances such as having more than one income source, a high income, company directors among other reasons. 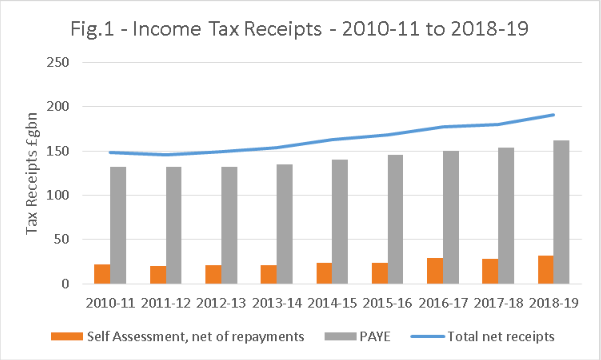