People from the European Union and living in the UK, but not having UK nationality, pay more income tax and national insurance than they receive via claims for tax credits (both out of work and working tax credits) and child benefit.

Statistics released by HMRC for 2015/2016 tax year show EEA nationals paid a total of £17.4 billion in combined income tax and national insurance. Paying in over £15.5 billion more than they claim (£1.9 billion). An upward trending figure.

The figures provided above do not include other benefits claims such as Housing Benefits, but in contrast the income taxes do not include taxes such as businesses paying corporation taxes.

Breaking down the income tax and national insurance paid by EEA nationals by the country of origin shows top contributors, in descending order, to be from France, Poland, Republic of Ireland, Italy, Germany and Romania. See the chart below for the full country list. 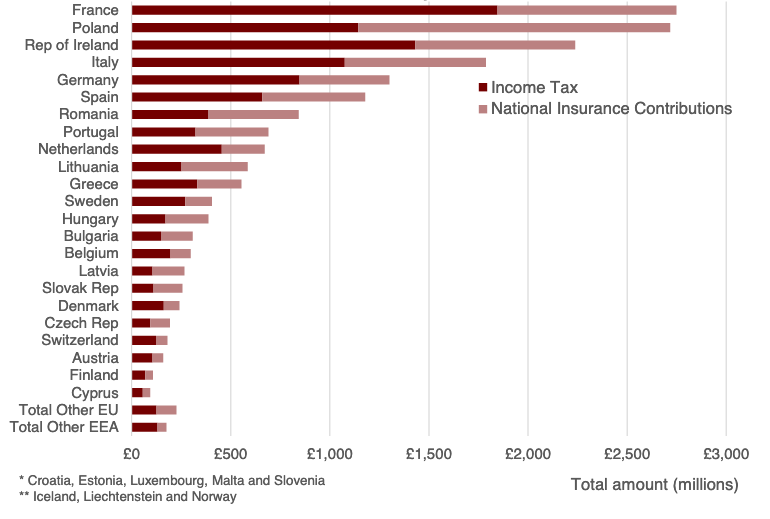 Breaking down the EEA national claimants of tax credits and child benefit by the country of origin shows them in descending order, to be from Poland, Romania, Portugal, Lithuania, Slovakia and Netherlands. See the chart below for the full country list. 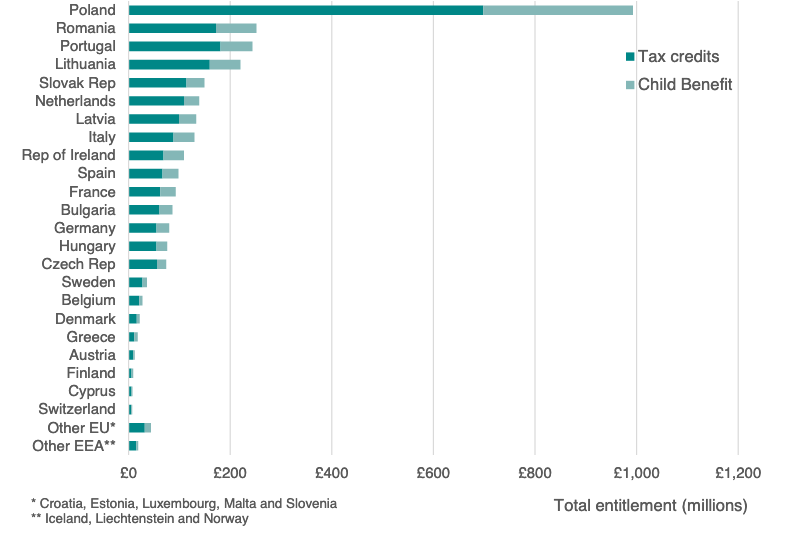