Cut to the basic rate of income tax proposed by Dominic Raab. 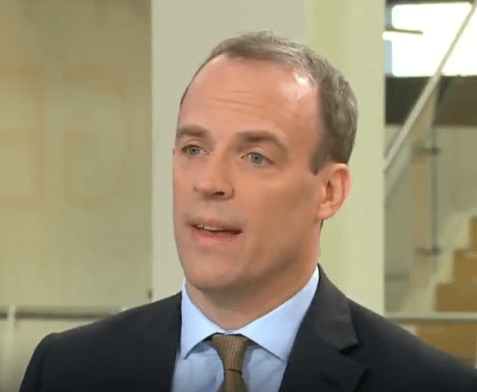 Following Prime Minister Theresa May's resignation a couple of days ago, there is now a race to become the next leader of the Conservative Party and thus automatically the new Prime Minister if they have support of the House of Commons.

One candidate in the race is Dominic Raab. The former Brexit Secretary. He is up against Boris Johnson as the most likely to take over. Raab has previously stated he wants a return to Thatcherism, a small-state with low-taxes. He was one of the writers of the Tory manifesto in 2012 and has already been on television stating his intentions for the direction of income tax in the future.

On the Andrew Marr show, Raab said he would cut basic rate income tax by a percentage point each year to a total cut of 5 percent. The basic rate tax rate would fall to 15 percent (currently 20 percent) by 2025. At the same time the primary threshold for National Insurance Contributions would be aligned with the personal allowance (currently £12,500). This would take those under the personal allowance threshold completely out of taxation, whereas currently earning £12,500 still have a £464 NIC deduction.

If the 20 percent basic rate of tax was to be replaced today with a 15 percent rate, the following changes would be felt by the majority of earners:

Raab didn't go as far as saying what changes he would make to the higher rate rate at 40 percent taxpayers above the threshold, and the top rate of income tax, currently 45 percent. Labour has vocally supported a new tax system with added bands which skews higher taxes toward higher earners. From Raab's words it can be inferred that the opposite action would occur with a likely easing of taxes on the higher earners.

Raab and co are attempting to mirror the policies of their American counterparts where tax cutting is the agenda in an effort to boost the economy.