London Pays on Average £6,000 More Than Other Major Cities and Towns

London Pays on Average £6,000 More Than Other Major Cities and Towns

Data collated by NiceAreas.co.uk shows London at the top of jobs advertised within ten miles of its postcode sectors. 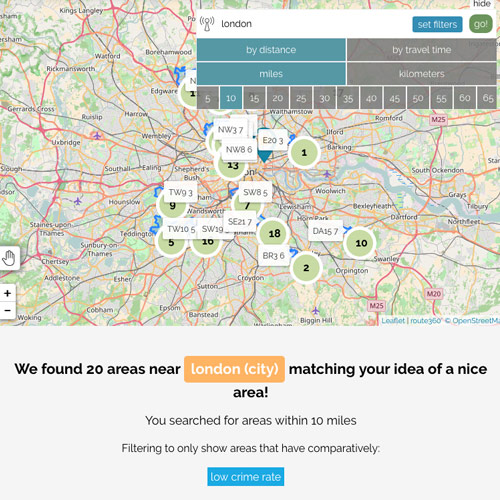 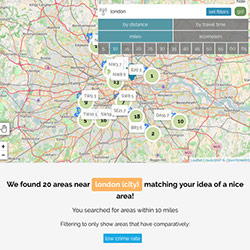 The website works by breaking England, Wales and Scotland into over 10,000 postcode sectors and deeply analysing government and third party data published regarding each. As part of a recent data update, collated data has been released showing how advertised jobs in major towns and cities rank and how the average salaries differ.

Advertised jobs within 10 miles of each postcode sector were grouped to show the average salary and number of jobs available.

The lowest scoring town is Hastings with 14 out of 100 - this is due to only having 71 jobs advertised at the time of checking although the average salary is listed at just over £36,000.

An example search using the tool: 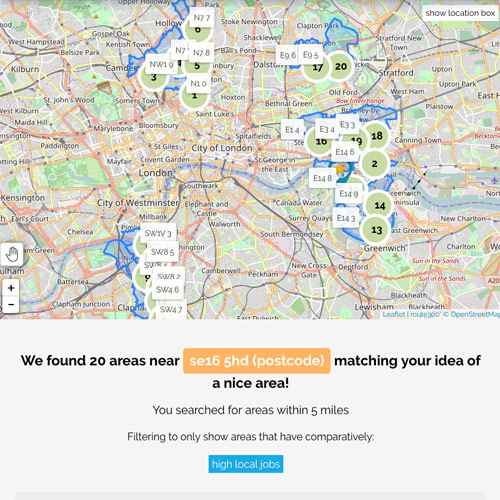