Gig Economy : The Crackdown on Tax and the Fight for Rights

Gig Economy : The Crackdown on Tax and the Fight for Rights

The spotlight has been on the 'gig' economy thanks to the election and a number of recent court tussles. We look at the implications on employee rights, tax and how party politics are now wading into the mix. 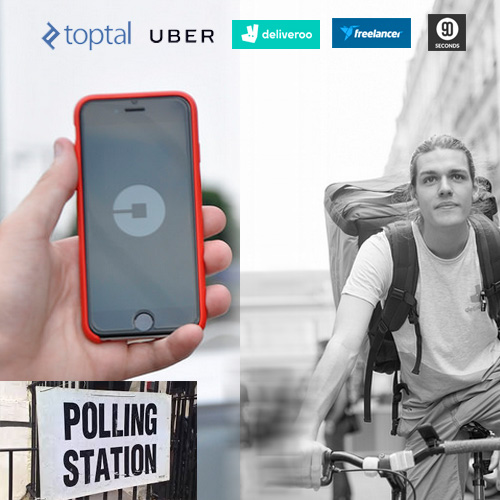 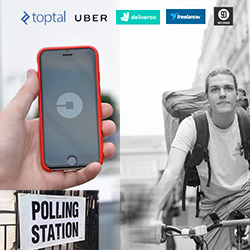 Research conducted by consultants McKinsey showed the traditional 9-5 job pattern is slowly evolving and a decent proportion of people now make a living through a number of short-term contracts or freelance work rather than traditional permanent employment.

This new age 'gig' economy now has near five million UK participants. They partake in a form of employment where instead of being paid a regular income for their time, they receive pay for the 'gigs' they complete - be it delivering food (Deliveroo, über eats), random work (Freelancer.com) or picking up and driving a passenger (über) - with new examples of 'gig' work appearing regularly.

People working this way exclaim the benefits to them such as flexibility of working hours - allowing more control of their time, providing the ability to mix-up other aspects of their lives, maybe working from home. These precise benefits attract students and those with busy social lives.

The flip-side is that people working the gigs are essentially (for now) independently contracting - with no rights against dismissal, redundancy, minimum wage, holiday or sickness. This is a classification beneath even the much criticised 'zero hour' contracts where the worker is still classed as an employee in the sense that they can receive holiday pay.

The contention between the pros and cons has brought about the inevitable legal issues with Pimlico Plumbers losing an appeal earlier this year and now required to grant previously independent plumber contractors with basic employee rights. Über and Deliveroo are also going through these kinds of legal wrangles. The reference in contracts between these companies and their workers as 'self employed' will now be scrutinised in any litigation with courts looking beyond just the wording.

The Taxman has now waded into the battle to compound problems for 'gig' companies.

The OBR (Office of Budget Responsibility) has estimated that the reduced tax-take will cost the treasury £3.5 billion in just a few years time. The issue stems from the increased number of people using the self employed status to reduce the amount of National Insurance they pay and the employer avoids paying the employer's contribution altogether. In addition, some people incorporate and funnel income into limited liability entities and therefore can pay themselves via dividends at a lower rate than income tax - even after paying corporation tax on profits.

Current Chancellor Phillip Hammond tried to clamp down on this in the Budget a few months ago. Dividends have already been restructured to raise tax but from next year the tax-free allowance has been slashed by more than half. He also had to backtrack on plans to increase the National Insurance rates for the self-employed. The raise was expected to bring the Treasury an extra £145 million per year.

The OTS (Office of Tax Simplification) put a report forward to propose ways in which to adjust to the changing market and address issues:

The main parties in the 2017 General Election are campaigning on these matters with each party having some proposal to address the matter of rights and tax in the 'gig' economy.

The Liberal Democrats are to prevent employers from forcing staff from registering as self-employed. The Conservatives have not outlined any specifics but are looking at protecting the rights for 'gig' workers. Labour wants to shift the burden of proof to employers regarding the employment status of by default, the employee.

Personal Allowance and Higher Rate Threshold May Freeze After 202017 views

HMRC Time Limits for Getting a Refund, Making a Claim or Investigations12 views

Personal Allowance and Higher Rate Threshold May Freeze After 2020713 views