Other tax return stats show older people are better at keeping up to date, and Northern Ireland the best region for not missing tax return dates. 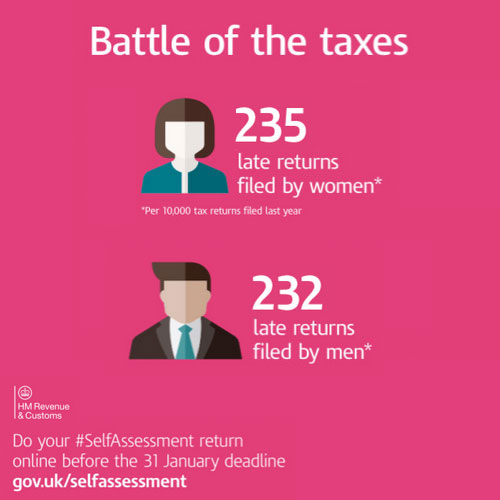 Now that there are three weeks to go until the online tax return deadline on the 31st January, HMRC has released stats for last year's tax return penalties for missing the deadline.

An automatic £100 fine is applied when the final deadline for submitting a tax return is missed by a taxpayer, even if no tax is owed. Last year the overall late rate was 2.3 percent but regionally the stats vary significantly as well as in different age groups.

Some interesting stats to note:

Over eleven million Self Assessment Tax Returns were sent out last year - so with an average late rate of 2.3 percent that means around 250,000 late returns in total, netting the Taxman instant penalty income of £25 million!

Here are the full figures released by HMRC:

How Much Is Your Fifth SEISS Grant?38 views

How Much Is Your Fifth SEISS Grant?1,545 views

How Much Would A National Insurance Increase Cost You?1,434 views