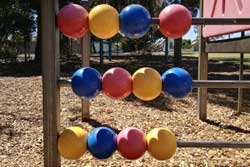 The Government's new provision for childcare took a blow when organisations involved with the current childcare voucher system brought a legal challenge against it. Edenred Limited, which provided services to employers under the old scheme were against the fact that the Government was using its internal HMRC and NS&I departments to deliver the scheme - deeming that it was unlawful as it should require a new tender process for external providers under EU law.

The claim was dismissed last November, and has now had the appeal dismissed also.

The legal process has delayed the rollout of the Tax-Free Childcare Accounts, previously expected to launch Autumn 2015, they are now expected to launch early 2017. Until then, parents can still join a Childcare Voucher scheme and will also be allowed to remain in that scheme after 2017 if they wish.

The new scheme relies upon an online account that is funded by parents, employers or anyone else. For every 80 pence funded, the Government tops up the account with an extra 20 pence. The total amount of Government funding per child is capped to £2,000 per year.