Statistics show men to be more likely to be late filing tax returns. 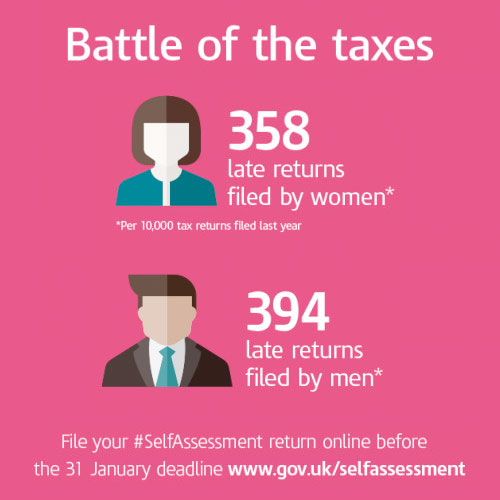 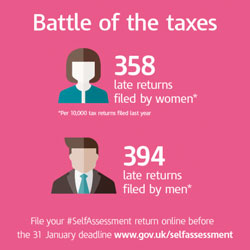 According to the taxman, last years stats point toward women less likely to be late when getting their tax returns filed. For every 10,000 tax returns submitted for the previous 2012/2013 tax year, men submitted 394 after the deadline. In the same sample, women submitted nearly 40 more on time, with only 358 late.

Looking into more granular data shows people between the ages of 18 and 20 to be 7 times more likely to be late than people aged over 65.

A breakdown by industry sector shows Lawyers, Accountants, Health and Social Workers twice as likely to be late filing than someone working in Agriculture, Fishing and Forestry. Oddly, Administrative and Support Services fared worst with Construction Industry slightly better.

The information applied to the late deadline for both the paper tax return, which is three months earlier (October 31st) than the online deadline (January 31st).

How Much Is Your Fifth SEISS Grant?183 views

How Much Is Your Fifth SEISS Grant?14,349 views