With today's Autumn Statement only a couple of hours away, let's get a quick run through on what is thought to be included by George Osborne. 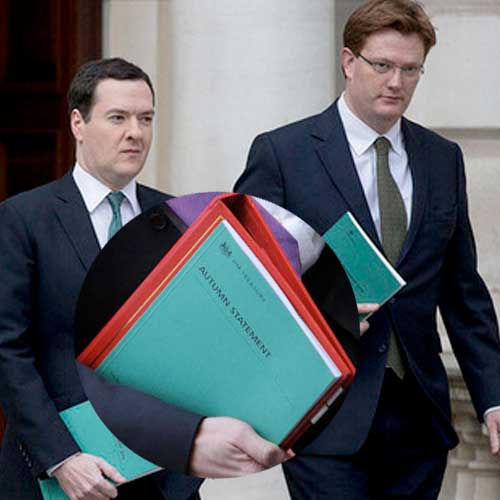 The key areas are expected to be tax avoidance, devolution of tax powers to Scotland and Northern Ireland, pensions, patent box loophole, business rates and tax/national insurance updates. Nothing major however as deficit reduction problems continue to highlight the lack of funds the Government has to play with.

Keep track after 12:30 today both here and on our Twitter page @uktaxcalculator or on hashtag #AS2014.