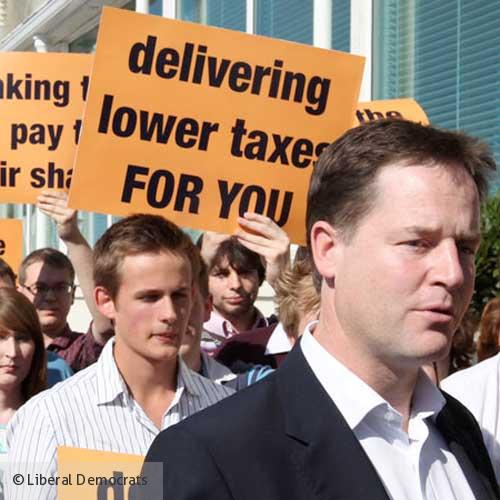 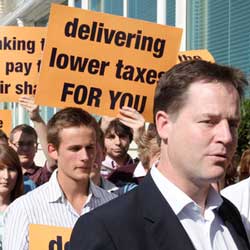 The Liberal Democrats have promised to make the tax free personal allowance at least £12,500 by the end of the next Parliament.

Whereas previous tax allowance increases have been limited to people born after April 1948, the new promise will extend to increase the allowances of over 6 million pensioners too. Pensioners have had allowances frozen since the start of the 2012/2013 tax year.

The move would signal a tax cut affecting 30 million (according to their figures) and worth the equivalent of £400 per year to the basic rate taxpayer.

The current Parliament is to be dissolved 30th March 2015 with Election Day 2015 on the 7th May. If the Lib Dems are elected they make the following income tax pledges in their manifesto:

It is interesting to note the mention of raising the starting point at which Employee National Insurance Contributions are paid. At the moment the NIC level and tax free allowance levels are not aligned, yet the current coalition Government has been consulting to merge the two.

For the 2015/2016 tax year it has already been announced via this year's Budget that the personal allowance will be raised to £10,500. The Lib Dems state that by doing so, they have delivered (by the end of the current Parliament) tax cuts equivalent to £800 per year to typical basic rate taxpayers (26 million people) and taken 3 million people out of income tax.