Staff working in a Merseyside Housing Trust told to not wear uniforms outside of work. 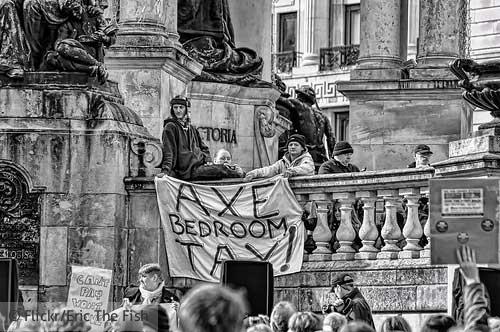 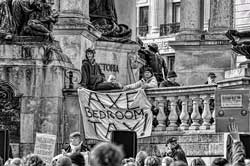 The Knowsley Housing Trust in Merseyside provided satff with new guidance on safety following a major protest outside the home of a woman who was being evicted.

KHT clarified it provided the guidance to not wear uniforms outside of work, but it had not experienced trouble from the local demonstrations itself.

Staff were advised to not wear uniforms or badges identifying them as part of KHT when not in work.

This follows the changes to legislation on how housing benefit is calculated.

People claiming housing benefit from April 2013 have had the amount they can claim reduced if they are deemed to have a spare bedroom in their home.

The rules set out reductions in benefit based upon:

Anti-Bedroom campaign group, Reclaim, maintain protests are peaceful and within the law. A spokesman issued a statement to state they will continue to Lobby the Government until the new legislation is repealed.