Reminder to parents receiving Child Benefit to register for Self Assessment before 5 October 2013 due to High Income Child Benefit Charge. 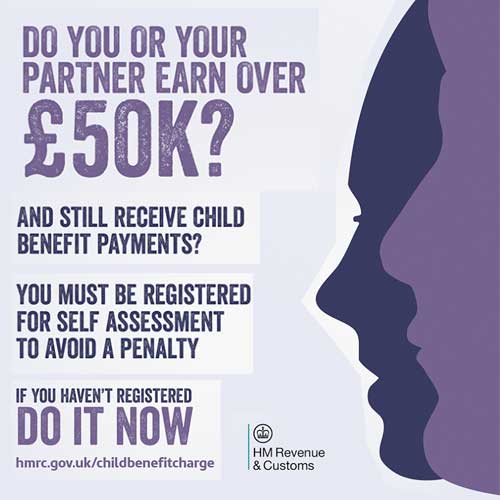 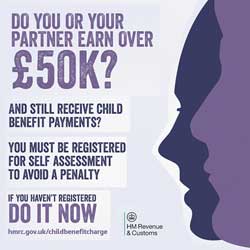 HMRC are writing to nearly two million taxpayers earning in the higher rate bracket to remind them if any income is over £50,000 within the household and they or their partner has been receiving Child Benefit since January 2013, they must complete a Self Assessment tax return for the tax year ending 5th April 2013.

The tax return will provide HMRC with details of all income for the period between 6th April 2012 and 5th April 2013, and allow the High Income Child Benefit Charge to be calculated and paid.

The charge is applicable if all the following apply:

If both parents have an income exceeding £50,000, the parent with the higher income is liable to pay the charge.

Over 390,000 people have already taken advantage of the ability to opt out of receiving Child Benefit based upon the possibility of having to repay some or all of it via the charge. If a parent has not opted out, yet is earning above the threshold they should register for Self Assessment with HMRC now.