Changes To Childcare Costs and Tax From Autumn 2015

Changes To Childcare Costs and Tax From Autumn 2015

Autumn 2015 will see a phased introduction of a new childcare scheme and the phasing out of the current employer supported childcare. 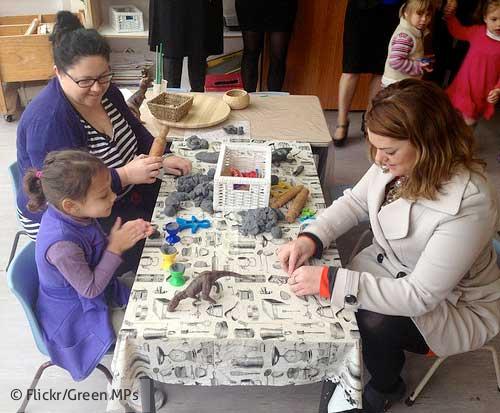 In this year's Budget, the Government announcement new plans to support working families with the rising cost of bringing up children.

At the moment, if you are in employment and pay for childcare your employer can provide assistance with the cost of childcare via the use of Childcare Vouchers.

You can opt in at work to receive up to a certain amount in Childcare Vouchers without having to pay tax and national insurance on the value. Pre April 2011 this was up to £55 per week or £243 per month of vouchers on which no tax or national insurance would be payable. The voucher cost is taken from your salary as a salary sacrifice.

After 5th April 2011, the rules changed and became more stringent on higher and top rate taxpayers with the tax+ni free amounts reduced to £124 and £97 per month, respectively.

The vouchers can be redeemed against any registered childcare provider and are available for children up to the age of 15.

What is the Government changing?

Parents in employment be only have to pay 80 percent in child care costs, the remaining 20 percent being topped up by the Government. There is a limit however, capped at up to £2,000 per child per year. Essentially, any costs over £8,000 per child will have to be paid by parents.

Rather than using vouchers purchased via your employer, you will be expected to open an account with a registered UK childcare provider and pay costs directly into that, as subsidies would also be redeemed by the provider.

The existing childcare voucher system will begin a phase out process at the same time, beginning with the option of the choice of using the new scheme or remaining on vouchers for existing claimants. Any new claimants will have to use the new system.

The Government proposes to reduce the overall cost of childcare in the UK alongside the introduction of the new scheme. The plan is to reduce costs by relaxing the legislation covering the number of carers to children ratio.

Below are the current, and (proposed) new ratios:

Who can claim under the new scheme?

Criticism of the proposals

Stay at home parents are at a loss, as whilst one parent could currently claim through an employer, the new scheme requires both parents to be employed - and this could effect over one million families where only one parent is in employment. These families may have also lost child benefit entitlement due to earning over the £50,000 threshold.

Eat Out To Help Out Calculator482 views

Salary Inflation Calculator - Is Inflation Taking The Wind Out Of Your Pay?447 views