Are You More Likely To Submit A Late Tax Return?

Are You More Likely To Submit A Late Tax Return?

Interesting stats released by the Taxman could determine who is more likely to be on the receiving end of a fine this year. 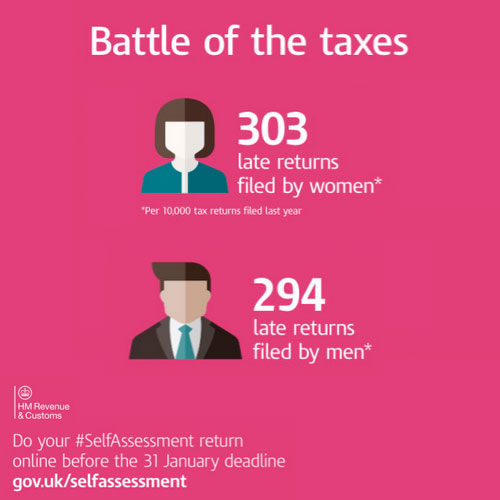 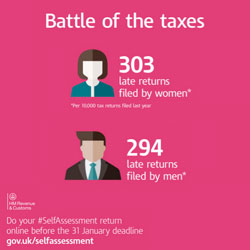 Analysis of all Tax Returns submitted for the 2013/14 tax year period highlight some interesting patterns. HMRC normally release stats like these every year around the deadline time for the online Self Assessment and it's no different this year with just a few days to go now.

Statistics were provided on the sex, age range, area and industry of people submitting late Tax Returns. We have compiled the headline results below, along with the full tables further down. *Remember, the figures below show number of late returns per 10,000 submitted.

Putting the above together would mean 18-20 year old women living in London and working in administration are most likely to submit their Tax Return late.

All of the late Tax Returns submitted received a £100 penalty instantly - well, unless they had a good excuse.