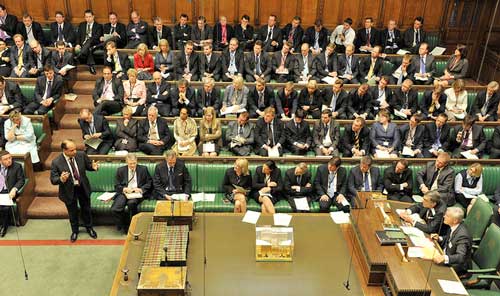 Theresa May announced her resignation on May 24th and we are now a couple of days from when she steps aside as party leader. The candidates for taking over the leadership and thus the Prime Minister role are gearing up for their internal election, starting June 10th, and culminating in July.

As of today there are eleven confirmed candidates in the race, with James Cleverley now having dropped out. The odds on favourite is Boris Johnson, closely followed by Dominic Raab, and Michael Gove. Further down the odds are Tory MP's such as Esther McVey and Sajid Javid.

Home Secretary Sajid Javid has already come out and said he is a low tax person, believes in boosting the economy through slashing taxes and plans to begin by scrapping the top rate of tax. The top rate of tax is currently 45 percent, previously being cut from the Labour introduced 50 percent rate by former Chancellor George Osborne. His basis is that tax take increased when there was less incentive to avoid higher taxes and is demonstrated by the increased tax income with the initial 5 percent cut.

Dominic Raab, the former Brexit Secretary, has plans to cut basic rate tax to 15 percent. He has outlined that 1 percent will be taken off the 20 percent basic rate each year during the 5 year parliament term. The cost to the Treasury of doing this would be around £25 billion, which would then have to recouped elsewhere.

Jeremy Hunt, current Foreign Secretary, is planning to make the country more competitive for businesses to settle and invest into by trimming corporation taxes. He plans to match Irish corporation tax levels at 12.5 percent, which is a huge cut from the current 19 percent.

Most of these pledges are also dependent on the outcome for Brexit, which is set for October this year. The Budget in the Autumn would have to be geared to any scenario that is most likely to occur regarding leaving the European Union.

Both Raab and Boris Johnson have pledged to cut taxes, with Johnson not elaborating on how he will trim income taxes, just that he will. Update: Boris Johnson has now written in his Telegraph Column that he intends to move the higher rate threshold to £80,000. That is an increase on the current higher threshold by £30,000. He intends to fund it in part by using some of the billions set aside for a no-deal Brexit, with the remainder from increasing the National Insurance upper earnings limit to match the £80,000 band.

Incidentally, both Raab and Johnson have said they are prepared to leave the EU with no deal in place however. Esther McVey, another candidate, is also planning for a no-deal Brexit.

Rory Stewart, another candidate and current International Development Secretary, has taken no-deal Brexit off the table and thinks plans by other candidates to cut taxes without details on how they plans to fund the cuts are 'irresponsible'. His own plans for taxes extend as far only to, 'simplify the tax code' in order to motivate more new businesses and investment.